Reasons Behind The Rising Cloud Expenses During the post-pandemic period, the world witnessed the collapse of the supply chain. It is still difficult for our economy to recover from the devastating effects of the Covid pandemic. As we speak, the global flow of goods and services has been interrupted and the world is struggling to sustain. Currently, there is inflation in the environment with the annual inflation rate of the United States standing at 8.3 percent as of April. it’s time to ponder on the reasons behind the rising cloud expenses.

As a result of inflation, the economy as a whole and tech companies as well have been affected. There has been a significant impact of inflation on cloud computing resources. In the present day, geopolitics are reshaping the economics of computing. A diverse range of solutions is being adopted by enterprises in an attempt to control their unending cloud expenses or the cloud computing costs. In this article, we will explore the reasons behind the sudden hike in cloud expenses and how social and political factors contribute to it.

In the world of cloud computing, Amazon web services are the most popular platform. There are several characteristics associated with it. There are a variety of features available in Amazon Web Services, one of which is spot instances. Spot instances allows the EC2 to be rented for a fraction of the list price and clients can receive heavy discounts of up to 80%. However, it’s imperative to note that Amazon Web Services has the right to terminate or reclaim these instances within minutes of being notified.

Since many customers were unable to handle this chaos, they kept them away. As a result, the customer could have simply left the price at market rates. If demand grew, Amazon Web Services would have simply raised the price to be paid by customers. The demand, however, was extremely high, and there were supply chain constraints due to the semiconductor shortage, resulting in AWS not being able to replenish the supply.

Google recently announced that it would significantly increase its cloud storage costs by 25-50% with the cost of operation going up by 100-400%. The data transfer fee has been increased to 2 cents per gigabyte from free. Google is charging so much for its services; many will argue that it is because of the competitors that the Google is increasing its cost. However, we should pay attention and one reason for google charging high could be the cost of data transfer from the US east coast to the US west coast. This is because there is also a real cost that google needs to undergo and google cloud cannot simply lower the cost forever to capture the market. 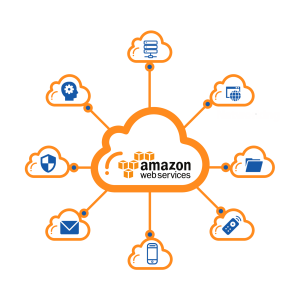 We can infer that technology aided in cutting costs as well as increasing the productivity of humans. However, computers need a lot of power and electricity to run. Moreover, as a result of the Russian invasion of Ukraine, energy prices have skyrocketed and natural gas is becoming scarce, but people still need to use it for their homes. Electricity and natural gas cannot be exchanged but they can aid in limited use. These energy costs are increasing at a faster rate than inflation rates themselves.

Also, the world’s overall requirement for electricity and other resources will grow significantly over the years. We have years to come where demand will be high, so we need both manufacturing capacity and faster chips to beat cloud inflation. Moreover, energy is also needed in the house and thus there is a need to invest in renewable energy and existing resources such as nuclear power. A wide range of challenges lies ahead in the present and the future. Collaboration and working together is the key. We should do our part by cutting down on cloud usage through automation and take bold steps in this direction.