Why Big Tech Giants Are Moving Toward A Major Catastrophe? 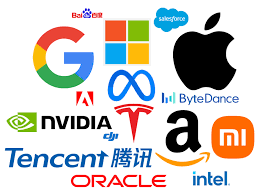 The great recession, a period best defined by a weak economy, low demand, and even lower interest rates encouraged tech giant venture capitalists to invest all their money in low marginal cost software companies. Huge cash flow in the industry lead to gigantic smartphone production, app revolution, and social media growth which further made these software companies the richest and fastest growing. A colossal wave of content digitization made the global entertainment industry stream and almost every sector of the service industry being intermediated by the smartphone.

When tech giants were flourishing so well, then why there is a strong emotion of them moving towards a major catastrophe?

Amazon, Meta, Alphabet, Adobe, Snap, Stripe, Coinbase, Twitter, Robinhood, and Intel are some of the big elephants in the field. Almost all of them have announced double-digit percentage point layoffs in the last few months. In the last year stock evaluation of these companies has seen a steep fall of 50%. Though the overall picture of unemployment in these tech companies is still not very horrid, however, what is happening on Twitter is a clear indication of what to expect in other companies shortly. Is post-pandemic inflation a culprit?

Post-pandemic inflation has stopped the easy money that was coming to these companies. A hike in the interest rate and cost of risk along with the fall of venture funding has led to companies doing cost cutting, increasing the prices, or at a time doing both. These tech giants have become profit-oriented rather than growth-oriented. All thanks to inflation, the overall evaluation of these companies has also crashed.

Can we say tech giants have hit stagnancy?

There are many factors indicating that these companies have hit stagnancy or metaphorically experienced a midlife crisis. When they were young, exploding with energy and enthusiasm, they did limitless experiments with social media, promoted consumer technology with a lot of investments, and did endless A/B tests and optimization of the technology. It is a midlife crisis because these tech companies have solved almost every interesting and important problem in the industry. They have scaled media, advertisement, and connecting people globally to its epitome. Now they are simply searching for new problems to be solved and new challenges that give them the adrenaline rush to push harder. It is the end of an era and tech executives are looking for new possibilities in the space. One of the biggest proofs of the above theory of stagnancy is that many of these companies are shifting their capital and resources from their actual businesses and investing it in new ventures with uncertain results. With Amazon employing 10,000 people to work on its AI product Alexa, Meta employing 15,000 people to work on Metaverse, and Apple making 3000 people work on its augmented reality headset, these people want to come up with something big and unusual which will change the course of human civilization over time. In the parallel universe, all the venture capitalists with bags full of dollars are trying their big shot with cryptocurrencies which at present are nothing more than tokens that can be exchanged with dollars. All of these developments may sound cool, however, at the moment all of them are uncertain, half-baked, enormously expensive, and fraudulent.

Are the companies digging their own grave?

One of the most pertinent questions looming over us is that are these companies digging their graves. Tech giants like Google, Meta, and Adobe which are too big to fall will fight for survival or may not even survive in the coming one or two decades. It has happened in past and it can happen again. We have all seen the downfall of Nokia which was once evaluated to be a 300 billion US dollar company is not even ten percent of it now. Yahoo was worth 100 billion US dollars when Google was a small venture in a garage. What brought the downfall of Nokia and Yahoo? They believed that they are too big to fall, no one can compete with them, and they do not need to upgrade their current technology and policies as the current ones are working fine for them. All this swiped them away from the market and today they are nowhere in existence. Google ads from which the company gets 80% of its revenue are no longer a genuine tool helping businesses reach their potential customers. It has become a money-minting machine extracting unnecessary money from clients by suggesting actions that are of no or little help to their business.

There has been no innovation in the google search engine in the last twenty years. Still, it is using the same format of showing a page with links that are supposed to be relevant search results. It is disappointing that many of these search results are spam leading you to deceptive sites. These people are outsmarting google engineers and getting rankings higher than reputed and credible websites. There has been no meaningful full intention or attempt by the company to improve its search engine or come up with a solution to weed out spam.

In the last seven years, the parent company Alphabet has failed to offer anything novel to its consumers.

Is Metaverse also a farce?

Facebook has a no different story from Google. Though it has not been the first player in social media, it was the first one that was successfully able to glue people to their mobile screens. It offered them a timeline of activities and to be a part of pages and groups within their network. Eighteen years down the line it is still doing the same thing. Though it has mastered the art of acquiring challengers who apply similar concepts on other media such as images on Instagram and videos on Tik Tok, Facebook has not come up with anything out of the box in the last eighteen years.

The company has become so self-assumed about not being challenged that they think it is its right to do moral policing of 300 billion users of Facebook. They believe they can control what these users should see, post, feel, think or support and even decide what penalties to be imposed on people posting politically incorrect posts.

On top of it, Mark Zuckerberg has rebranded the entire company around VR technology calling it to be the next big thing in almost every aspect of our lives. VR technology is a big thing; however, people don’t associate with it more than with gaming. Have consumers jumped to his supposedly big idea? According to studies, one week of working in Metaverse led to a 19% increase in anxiety and a 16% decrease in productivity. Zuckerberg needs to take a pause and think about how far he can go with an idea with such horrid stats.

Still, we cannot make the mistake of believing that the present situation of tech giants is permanent and they are moving toward doom. No, we have passed through the web browsing, social media, and app revolution era, however, all the investments and experiments indicated that something big is waiting for us on the horizon. Maybe it is just an intermission between the two great eras and we are lucky enough to witness the change. Let us keep our fingers crossed and expect the best to be unfolded for humanity as well as civilization.